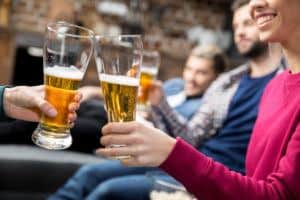 Do you remember your first beer? For many, the first taste of beer is warm, bitter, and about as close to disgusting as one can get. That’s because the beer that many prefer to drink tends to be heavy, slightly bitter, and with a good tone to the flavor profile. For a beginner not used to that flavor and density, the experience can be overwhelming.

If you’re not really a beer drinker or you’re just beginning your journey through the world of beer, then the best option to get your thirst quenched is a lighter beer. Look for ales with certain notes of fruit and avoid wheat beers whenever possible.

Here are some of your best options.

One can never go wrong with a Corona. Add a splash of lime and the flavor profile is refreshing and tart, but with a nice beer aftertaste that isn’t overly strong. As an added advantage, Corona tends to be one of the lighter beers without actually being a light beer, so you won’t be stuck with a ton of beer calories at the end of the day.

There are several nice beers from this great brand that provide a crispness that you won’t find anywhere else. You’ll find notes of honey in some of the beers, while others provide a tone that is closer to a lemonade, but with a hoppiness in the background. If you’re still drinking apple ciders or hard lemonades, give this beer a try and you’ll likely enjoy the outcome. 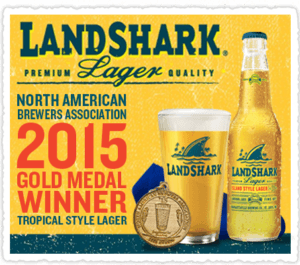 The problem with beer is that it typically goes with only a few food pairings. You can eat some pizza, maybe have some ribs, or grab a great burger and virtually any beer will be a nice accompaniment. What if you’re trying to have a nice seafood feast? A dark Guinness with a crab risotto is a tough pairing. That’s why this lager is a good option to keep in the fridge. It’s refreshing, with a solid flavor, but won’t make you feel like you’re drinking beer syrup to avoid the bitterness.

Miller might proclaim itself as the “Champagne of Beers,” but Blue Moon provides a flavor profile that is closer to the bubbly. Now one can argue as to whether or not the orange slice is needed, but the slight citrus tone is enhanced when you add just a splash of juice to the beer. The color is bright and the experience is refreshing with virtually zero bitterness, which makes it a solid beginner’s option.

This is a good standby beer to have around because it has more than a century of history backing up the product. Generations of families have enjoyed this beer and now you can too. The flavor is a little mild, but that helps the beer go down easy when you’re having a good time with family and friends.

The best-tasting beers for non-beer drinkers and beginners might be light in some ways, but they’ll still bring you into the world of beer and all of its joys and benefits. Find the beer that works for you and then enjoy cracking open a cold one.